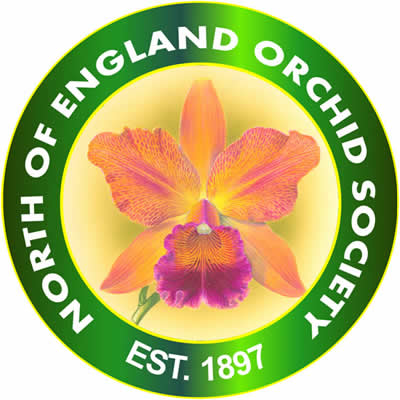 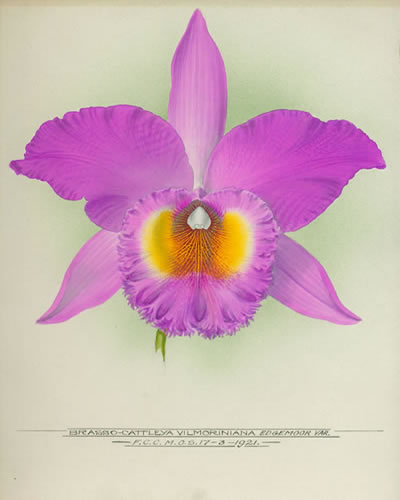 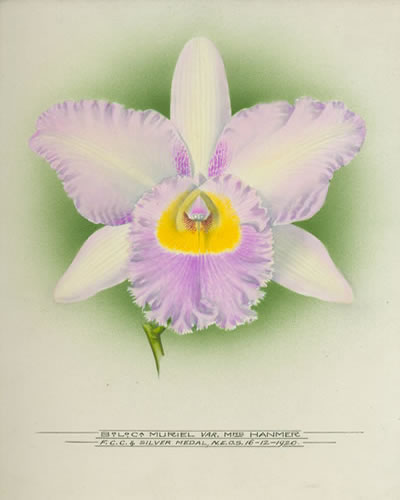 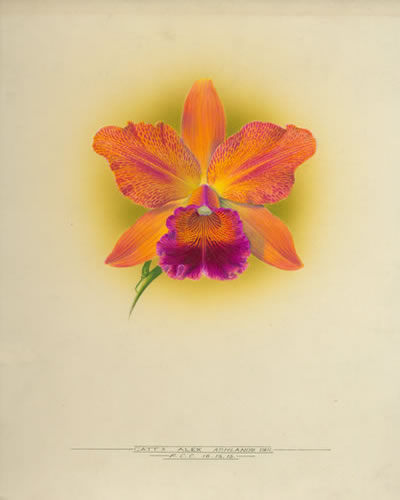 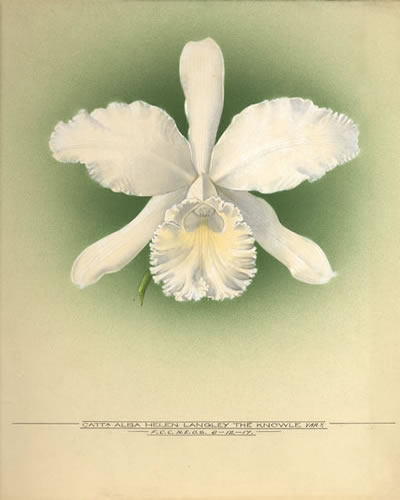 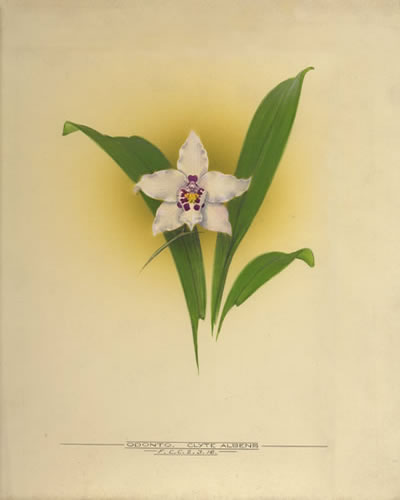 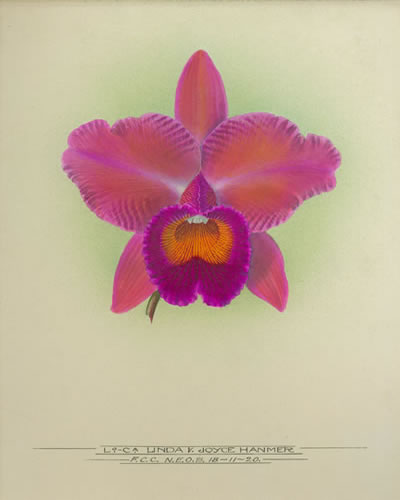 Why do we have these  hundreds of orchid paintings?

Well, our society is very old, over 100 years have past since some of these images were captured by our artist.

We were giving awards for orchids probably before any other organisation set about doing so, and growers would travel from all over England to have their orchids judged.

If an orchid was deemed worthy of an award, then its image was captured for posterity by an artist, usually one copy was retained by the grower, and a second copy was archived for comparison should a similar bloom be presented at a later date and we still have some 700 or so paintings which date from around the turn of the century up to the second world war.

Many famous orchid names can be linked with our society:-
for example in 1912, at a joint meeting and show, the following awards were made for orchid group displays:-

mention was also made of:-
"A marvellous display of Phalaenopsis schilleriana and various Cattleyas " staged by Messrs Sander & Sons

HOWEVER, MANY AWARDS WERE ALSO GIVEN TO ORDINARY MEMBERS FOR EXCELLENCE OF FORM AND CULTURE