HOW TO GROW CATTLEYA ORCHIDS 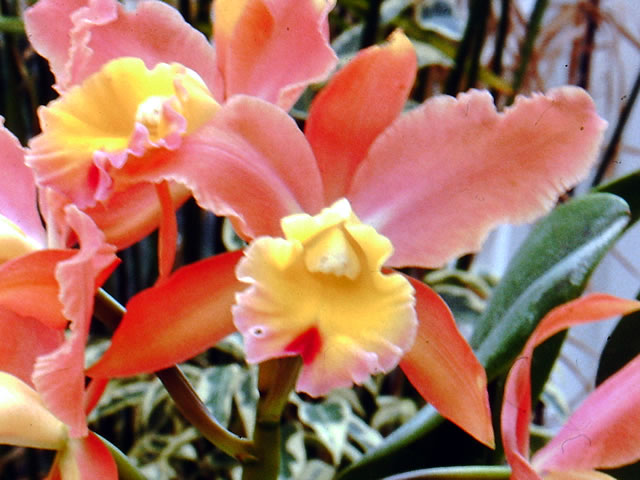 An introduction to cattleya orchid culture...

These orchids are the most sumptuous and exotic of all and are chosen for corsages. In nature there are about 50 species each of Cattleya and of Laelia from Central America, growing through the Amazon region to the south of Brazil.

Their distinctive flowers and the tendency of these plants to grow in large colonies has meant that they have been vigorously over-collected and the status of many is endangered.

The North of England Orchid Society
Historic Paintings
Our society is very old, over 100 years have past since some of these images were captured by our artist. We were giving awards for orchids probably before any other organisation set about doing so, and growers would travel from all over England to have their orchids judged for awards. If an orchid was deemed worthy of an award, then its image was captured for posterity by an artist, usually one copy was retained by the grower, and a second copy was archived for comparison should a similar bloom be presented at a later date. examples are show below; we also have limited edition prints of some available in our SHOP pages. 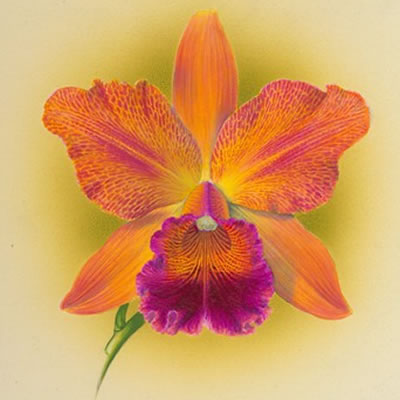 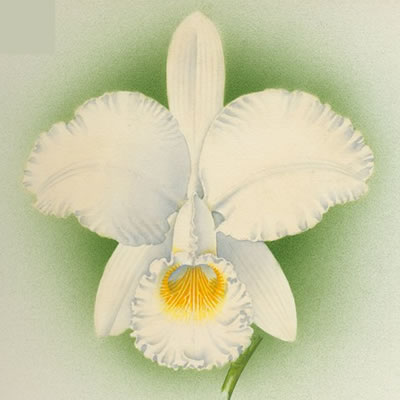 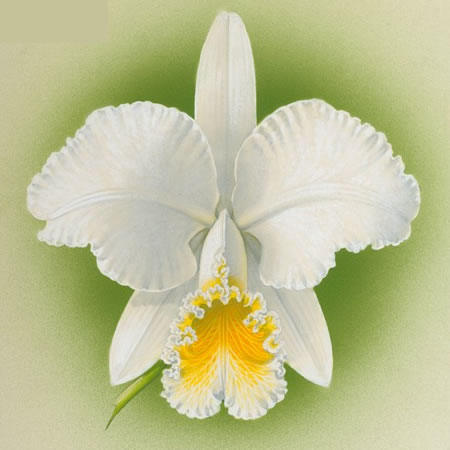 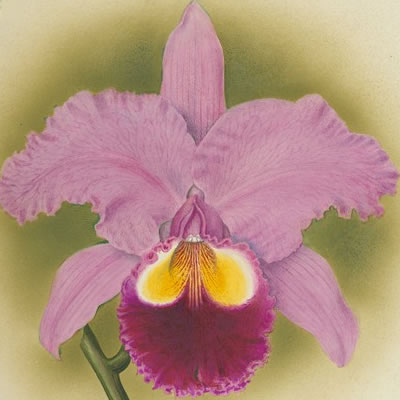 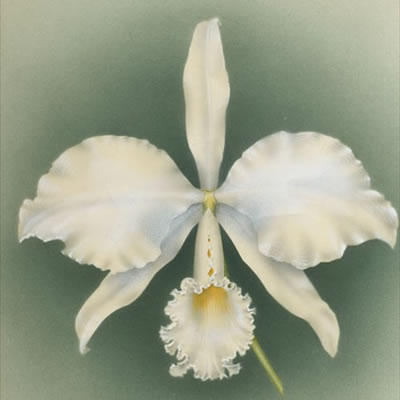 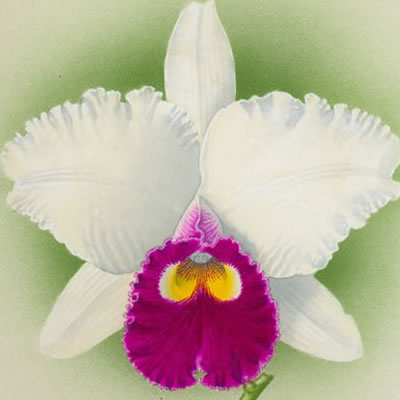 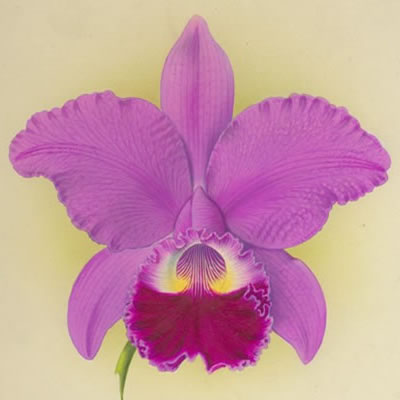 How to Grow Cattleya Orchids

The plants produce strong 'pseudobulbs' topped with one or more leathery leaves.
Each year a dormant bud at the base grows into a new shoot. This thickens to produce the current year's pseudobulb. The flowers arise from the axil of the current year's leaf where a protective sheath usually develops, and come in a range of colours from white and pink to green and purple, depending on the parentage and genera. Some flower twice yearly.

Hybrids. Multitudes of hybrids have been bred over the years, many of which are easy to grow and easy to flower. Over 40 other genera of orchid have been cross bred with Cattleyas and Laelias, and notably among them Sophronitis has been used to introduce scarlet and Brassovola for the frilly lip.

Temperature and Humidity. Minimum night temperatures of 10 -15 C, depending on the plants' origin, are needed, but growth in summer is rapid at temperatures up to 26 C. A humid atmosphere, propelled by a fan is beneficial.

Light requirements. For best results, the normal maximum is 50% of full daylight or 2000-3000 foot candles. In hot weather shade sufficiently to ensure that the leaves are cool to the touch. If you are growing in the home give a bright situation but not direct sunlight, behind a net curtain, from April to September.

These also make good conservatory plants as long as summer shade and good air movement can be provided.

Watering and Fertilising. From March to September the compost should never be allowed to dry out completely. Water twice weekly and fertilise fortnightly with a recommended orchid fertiliser. From October to February, no fertiliser is needed, but water the plants when the compost appears dried out. It is better to underwater as the plants can stand neglect more than over watering!

Compost and potting. A medium bark mix will do well with added polystyrene spheres or perlite to keep it open. Chopped sphagnum helps retain humidity and some charcoal keeps it 'sweet'.
New compost will keep the plant growing for two to three years before it turns acid and the plant needs repotting. Don't repot until the plant roots are likely to go over the sides of the current pot and the best time to repot is when the new roots are just beginning to appear at the new shoot's base.

If the plant has over eight pseudobulbs, the thick rhizome can be cut to give two equal sized plants which can be potted separately.