HOW TO GROW ODONTOGLOSSUM ORCHIDS 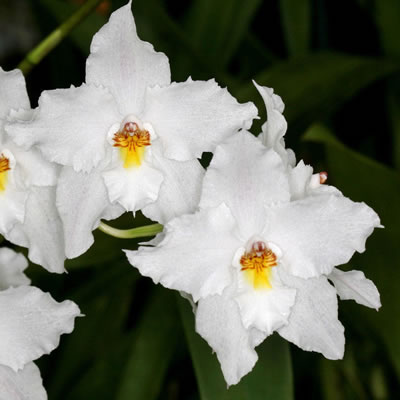 An introduction to Odontoglossum orchid culture...

Are amongst the most varied and colourful of the orchid family.


The intricate veining and spotting of the flowers has led to their being called 'Butterfly Orchids'.

The North of England Orchid Society
Historic Paintings
Our society is very old, over 100 years have past since some of these images were captured by our artist. We were giving awards for orchids probably before any other organisation set about doing so, and growers would travel from all over England to have their orchids judged for awards. If an orchid was deemed worthy of an award, then its image was captured for posterity by an artist, usually one copy was retained by the grower, and a second copy was archived for comparison should a similar bloom be presented at a later date. examples are show below; we also have limited edition prints of some available in our SHOP pages. 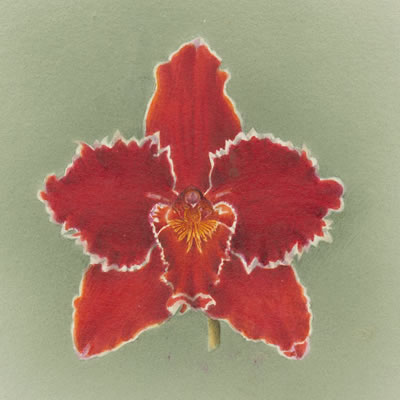 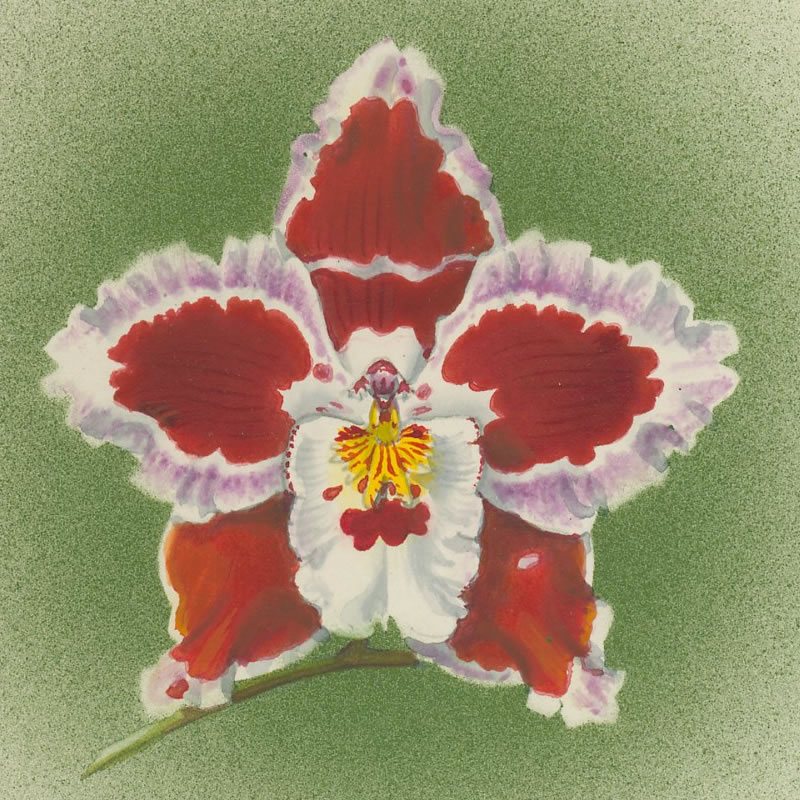 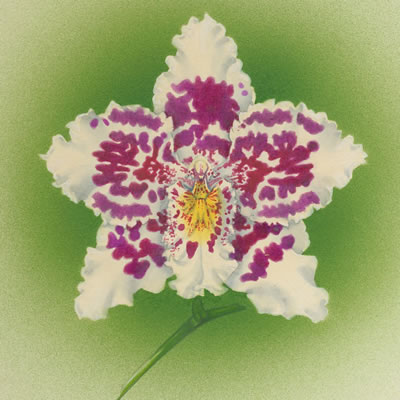 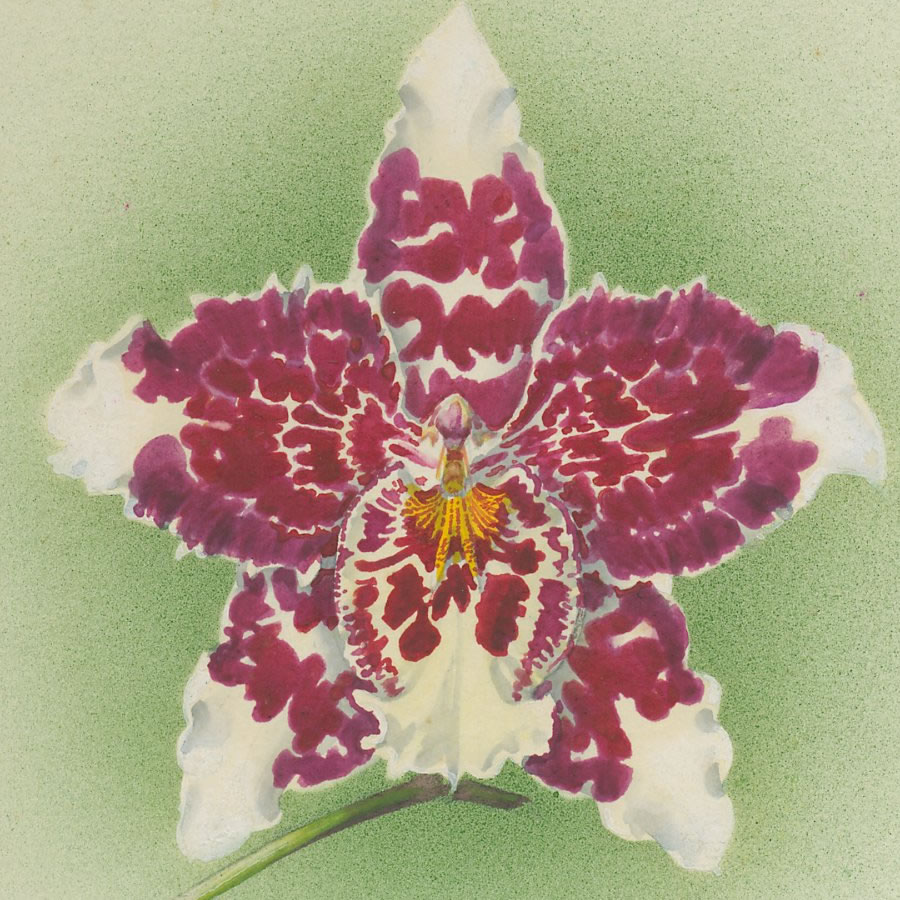 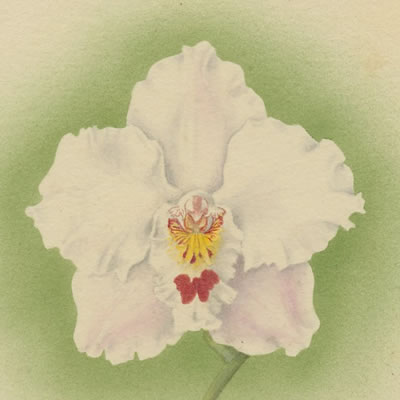 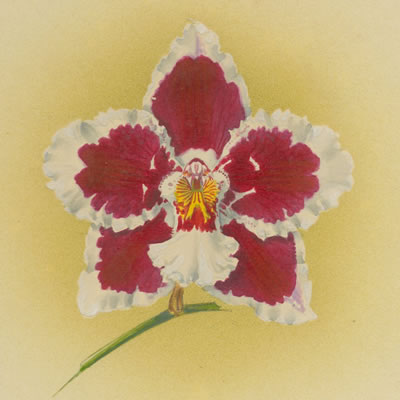 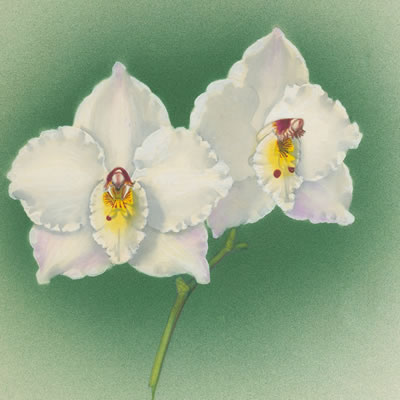 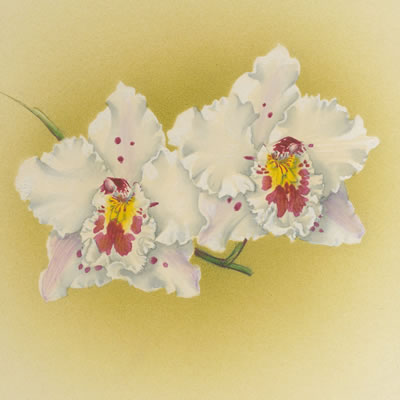 How to Grow Odontoglossum Orchids

Light
Odontoglossums grow under fairly low light levels; in the home, for instance, they do best In a North or North-East facing window. However, do not place them in the middle of the room as they need to be close to a certain amount of light to do well.

In the greenhouse, they need shade from late February until the end of September. Shade-netting, like Rokolene 60%, should be fastened to the outside of the greenhouse.
From late April until mid-August, this should be doubled.

We do not recommend putting Odontoglossums outside during summer because of the risk of wind and sun damage to the leaves.

Watering and Humidity
Water every 5-7 days, all the year round if they are being grown as house plants.
In the greenhouse, water every 4-7 days from the end of February until September, depending on weather conditions.
During October and November when not much heat is needed and light is reduced, they may go 10- 14 days between watering's.
From December until the end of February when heating is on, you will need to water every 7-10 days.
The ideal humidity is between 60%-70%, but do not worry if this falls in summer while the ventilators are open. This can be remedied by floor damping in the early evening.

Temperature
Odontoglossums are cool growing orchids from the high Andes and need a minimum night temperature of 52°F (11"C). This should rise in the daytime by 10°F (5°C) during Autumn and Winter, and by 20°F (10 C) during Spring and Summer.
Temperatures a little outside these extremes can be tolerated, Ventilation should be used from March to September. Odontoglossums love fresh, airy conditions and we find it is a good idea to install a circulating fan, running all the time. Flowering Most Odontoglossums flower once each year when mature, the blooms lasting six weeks or more. The main flowering time used to be late winter and spring, but modern breeding has given us plants in flower at any time of the year.

Potting
Repotting is best carried out from January to June or late August to early October. The timing depends on the young shoot being between I" and 3" in height.